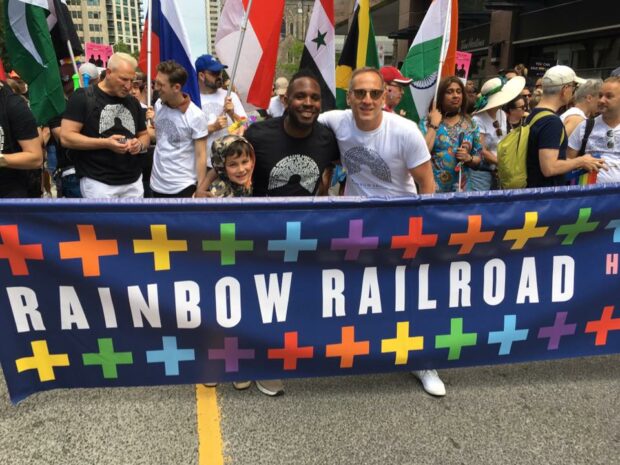 Rainbow Railroad is a global not-for-profit organization that helps LGTBQI+ people facing persecution based on their sexual orientation, gender identity and sex characteristics. In a time when there are more displaced people than ever before, LGBTQI+ people are uniquely vulnerable due to systemic, state-enabled homophobia and transphobia. These factors either displace them in their own country or prevent them from escaping harm.

As a result of Rainbow Railroad, more LGBTQI+ individuals will be able to access lives free from persecution.

Since their founding, they’ve helped over 1,600 LGBTQI+ individuals find safety through emergency relocation and other forms of assistance.

Rainbow Railroad was founded in 2006 as a volunteer-run organization by a diverse group of LGBTQI+ activists and human rights defenders who wanted to do more to address the levels of violence LGBTQI+ people face worldwide. Their name harkens back to the Underground Railroad – a network of activists in the 19th century, who assisted Black folks to escape enslavement in the American South.

BEAR VOYAGES is excited to support such a great cause and the great work that they do at Rainbow Railroad.